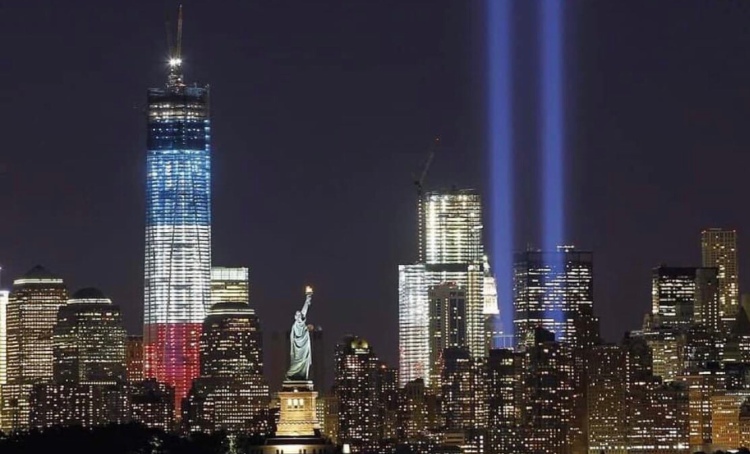 Different generations have different moments that are stuck in time.  For my parents, it was the assassination of John F. Kennedy.  For my grandparents, Pearl Harbor has to be the date in their lives that changed everything.  I was a bit too young for the Challenger disaster.  I remember it happening and seeing it on the TV’s in the store windows as my family and I walked down the sidewalk in a small town square but nothing for me defines life-changing as September 11th, 2001.

It truly is difficult to comprehend that it was 18 years ago now.  I’m writing this in the wee hours of September 10th and realizing that people born tomorrow, the Senior Class of ’19, are considered adults now and able to buy their own lotto tickets and smokes.  All of them and this isn’t to disrespect them at all, have no clue to the true impact of what it was.  It’s a story in a grade school social studies class or a lesson in U.S. History for some High School Junior. It’s a date, that as FDR referred to December 7, 1941, “that shall live in infamy.”

So what does this running blog have to do with 9/11?  I could have just said nothing but I think that’s a gross mistake.  It’s a date that should be rehashed in memory and feeling.  It’s a reminder of how far we’ve come and some days I’m not sure it’s forward or backward but it needs to remain that reminder because for most us, while it was a day that changed us forever, most of us didn’t experience the pain and loss directly.

So I want to share a story that begins on 9/11, fast forwards to 9/25, and I still think of today, multiple times a year.  I live in Fort Wayne, IN, far away and that day was like many that fall.  It was a pleasantly sunny day and I headed off to Lowes where I worked in the Lumber Department during my college days.  I was really looking forward to the day.

My best friend was a HUGE Parrothead aka Jimmy Buffett fan and I had somehow won 2 tickets with primo parking passes to watch Mr. Buffett play Verizon Wireless Music Center, which became Klipsch Music Center, and now is Ruoff Home Mortgage Music Center, but was formerly Deer Creek to many of us back in the pre-sponsored music venue days.  I won those tickets through a raffled after giving blood during a drive for the American Red Cross.  I knew Margaritaville when I won those tickets and that was it.

When 9/11 happened, everything was cancelled.  The uncertainty of the time was frightening in it’s own.  We were at war, but with whom?  The skies were clear as there weren’t any planes flying.  When would that begin?  For some of us younger guys, would the draft begin again?  There was a lot up in the air and none of it was good and worst of it all was we waited to see if it happened again in another city.  As I mentioned, everything was cancelled and we just waited.  And that’s what we did.  We waited in front of our TV’s stunned, for whatever was next.

Two weeks later, life was getting back to some semblance of normalcy here in the Midwest and the concert had been rescheduled to September 25th.  The weather was no where near as nice as it would have been on 9/11.  It wasn’t rainy but for a hula and beach themed concert, heavy coats were necessary as it was so cold that evening but something stuck with me that I’d like to share and it’s something that Jimmy said.

I am paraphrasing here but he said to “dance tonight. If we don’t sing and dance and get back to life, the terrorists will have won.”  That’s what we did that night and it was one of the most memorable concerts I’d ever been to in my life.  I was a fan instantly and for 9 years, I never missed a show in Noblesville.  I would love to get back to a show sometime soon but those first time all those years ago were awesome and my appreciation for him and his music started that night.

I think the point is that I’ve never forgotten that.  It’s why I run.  It’s why I con my friends into joining me in adventure races.  It’s I hold my kids closer and am more cautious with strangers than what my parents probably had to.  Those that work to strike fear into us must never win and they only do when we allow it.  Through the horror of that day, there has been beauty that grew out of it.  There’s now a generation of us, many parents now, that were told to dance and sing and not let the bad guys win.  Hopefully that can lead to the next generation that has that ingrained in them because life is a true privilege.

If we didn’t realize it then, we did immediately, and we must never forget that.