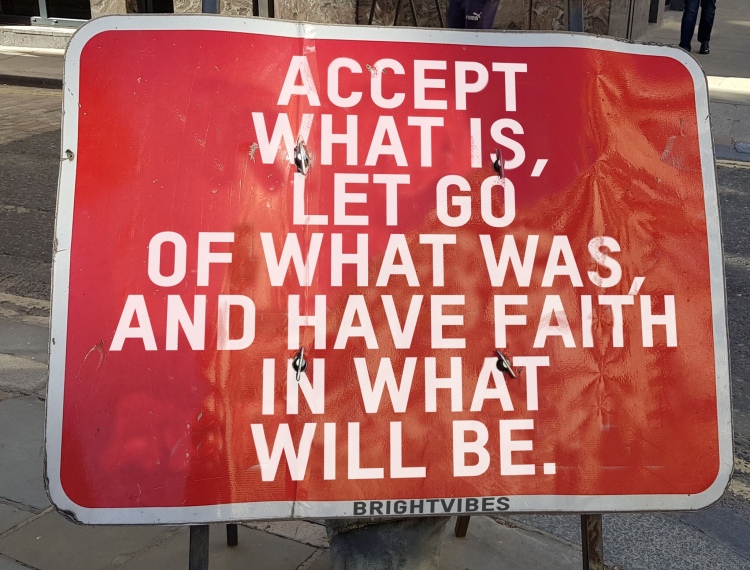 Things have a funny way of working themselves out.  It’s been one of the joys of organizing this running team for 4 years now.  It teaches a lot of things but #1 on that list may be patience.  We have 45 days to go and still have 1-2 spots open but those should be filled shortly.  We are in GREAT position relative to our fundraising goal but there’s a part of me that is looking for ways to inject a JOLT into the fundraiser too and but I’ve learned that takes patience as well.

There are times over the last year where it’s been easy to get excited, upset, down, and fired back up again.  It’s been a bit of a roller coaster but yet I feel more confident in the team, it’s abilities and where we’re going than I ever have and before we raise our final dollar for this year’s campaign or even run the first mile of the race, I’m ready and excited about 2020.

Three instances stick out to me most:

The first was when I decided it was time to move on from Kate’s Kart.  I wasn’t happy with how things had been going and more and more push back was happening against us when I felt like we were more than impactful.  I still love their mission but what we do, as a team, and how we do it, has become personal and the way things worked out, it personally hurt to step away from them.  That was the down.

The up happened when I met with a couple of folks when I was having some doubts.  Both friends and family pushed me to believe in what we had created.  Matt Herald told me that I’d created a monster of a fundraising vehicle that any local charity would be lucky to work with.  That has stuck with me.

What also stuck with me was when I had made my list of prospective new charitable organizations to talk to.  I’m not sure I ever shared this publicly but I talked to Andrew Gritzmaker of Mad Anthony’s Childrens Hope House, Anthony Juliano of Asher Agency who was a board member of Fort Wayne Trails, and then Andrew Hoffman of NeighborLink Fort Wayne.  I had only originally planned on talking to the Andrews but Anthony had popped up, looking to learn more about what we did and when I heard about FW Trails, I was interested too and ironically enough, they were one that a couple of folks on the team suggested too.

The excitement that was fostered from those meetings all pointed towards NeighborLink Fort Wayne.  Mr. Gritzmaker and Juliano both inquired into who I was thinking about working with and when NLFW was mentioned as part of the prospects, they both glowingly talked about Andrew Hoffman and what NeighborLink does.  By the time I actually sat down with Andrew Hoffman, I had pretty much made up my mind.  There was this calmness about him that reassured me that this was, by far, the right choice.  I’ve not doubted that decision since.

The second and third instance of things working out are somewhat similar.  The first of those happened back in early spring when I was working on sponsorship requests.  I had 2 come in that had budget constraints and couldn’t support us.  It was a $500 loss for us.  2018 had been our first year that our expenses were fully covered via sponsorships and that bad become a great draw for recruiting runners as well as giving the campaign a shot in the arm when we had extra sponsorship dollars spill over into the fundraiser.  Losing two sponsors that equaled $500 was a bit of a gut punch so early in the process.

What followed almost immediately took almost took me off my feet.  I had sent my requests out a good bit before I had gotten that bad news so getting answers was a bit slow so getting bad news stunk but the next day, Sue Teasdale and her team at Coldwell Banker Roth Wehrly Graber came in with a $1,000 sponsorship.  They had been $500 the previous year so not only did she re-up, but $500 more which I hadn’t planned on either.  You can’t tell me that was a coincidence.  Somehow…someway…when you’re on the right path, things have a way of working out.

The most recent instance was this week.  I’d been talking with a sponsor from previous years about coming back.  I’d been after them since February and usually they commit quickly.  There was some confusion in the process but we ended up losing them too.  They too, would have been a $500 sponsor if they supported us at the level they had in the past.  We weren’t necessarily down $500 considering that I believe we have enough sponsorship dollars to cover our costs BUT it would have been a great donation for the fundraiser.

Then we put out on Monday, as we’ve normally done, a Meet the Runner  profile on Kelly Kreischer, a returning runner from last year.  Her friends and family since Monday have donated $450 and I had my cousin Toni & her family and a friend from church Ann, donate $25 each.  If you’re counting at home, it’s $500.  J

Again, I am a firm believer that if you’re on the right path, things find a way to work out for the best and this week was just another reminder.  We are at $3855 raised now and are well on our way to our $5,000 goal.  I have higher aspirations than that $5,000 total but we’ll land where we’re supposed to and that’ll be great because it’ll all work out.  Just like it is supposed to….